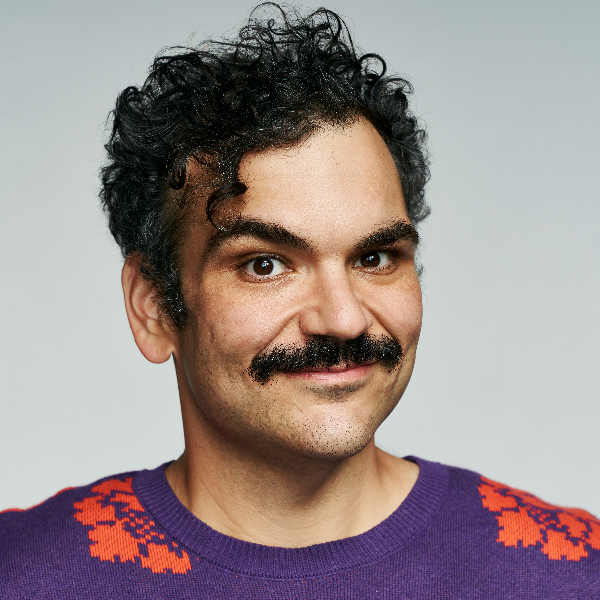 with David Gborie and Sean Jordan

Portland native Ian Karmel has been a big part of the comedy landscape in recent years – he’s a head writer for “The Late Late Show with James Corden.” An accomplished stand-up, he has also stood out as the host of “All Fantasy Everything,” a podcast that breaks down pop culture in a hilarious way. He’s a favorite of the comedy industry, and he’s about to be a favorite of yours. Check out his DC Improv debut this fall.

Ian Karmel is an Emmy award winning LA-based stand-up comedian, actor, and writer. Originally from Portland, Oregon, he is currently co-head writer for the Emmy award winning "The Late Late Show with James Corden,? of which Ian was one of the founding writers in the show’s 2015 re-creation. Previously he was a staff writer and round table regular on E!’s "Chelsea Lately." Ian’s stand-up has been featured on "Conan," "The Late Late Show," Comedy Central, and most recently showcased on Netflix’s "The Comedy Line Up: Part 1." His debut comedy album, "9.2 on Pitchfork," was released in 2015 to rave reviews. Ian also hosts the weekly podcast All Fantasy Everything, from Headgum studios. Featured on many best of lists, it’s a lighthearted show where funny people and experts come together to fantasy draft pop culture.

Hometown hero, Ian played an instrumental role in Portland’s comedy renaissance and was voted Portland’s Funniest Person in 2011. Beloved for his appearances on IFC’s "Portlandia," the Blazers wrap-up show "Talkin’ Ball," and long running weekly column in the Portland Mercury, "Everything as Fuck." With roots in improv and theatre, Ian’s training includes The Groundlings and the Upright Citizens Brigade. In 2013, Ian was invited to the prestigious Just for Laughs Festival in Montreal, where he was a breakout stand-up in the New Faces category.

Ian currently tours as much as possible and regularly performs around Los Angeles. You can catch him co-hosting his own monthly show, Good Looks, named one of 10 Best New Stand-Up Shows by LA Weekly.

David Gborie is a Los Angeles-based stand-up comic, actor and writer originally from Denver, CO. David’s recent credits include "AP Bio" (NBC), "The New Negroes" (Comedy Central), "Those Who Can't" (truTV), "The Updside with Ian Karmel" (Comedy Central Pilot) and "Acting Out" (MTV). David was selected as a New Face at the 2016 Just For Laughs Festival and one of Comedy Central’s Comics to Watch for the 2015 New York Comedy Festival. He has also appeared at The Bridgetown Comedy Festival, SF Indie Fest, Denver’s Too Much Funstival and the SF Punchline, among others. David has previously written for F-Comedy (Fusion's digital platform) and Ian Karmel’s Comedy Central sports pilot. He currently co-hosts the podcast All Fantasy Everything alongside Ian Karmel, which is available on iTunes. In 2019, David will record his first stand-up special for Comedy Central.

Sean Jordan is a stand up comedian and podcaster who co-hosts the wildly popular podcast All Fantasy Everything and hosts the always-good-news podcast What’s Dank That I’m Stoked On. Sean was named Portland’s Funniest Person by Willamette Week Magazine, has written for Comedy Central, and he was named one of the “Comics to Watch” by Splitsider Magazine. In 2019, Sean charted at #2 on iTunes with the release of his debut stand up album The Buck Starts Here on A Special Thing Records. He is a regular guest and fan favorite on Doug Bensons’ podcast Doug Loves Movies, and you may also have heard him on Professor Blastoff, The Crabfeast, Put Your Hands Together and Alison Rosen is Your Best Friend. Sean has performed in comedy festivals around the country, including the High Plains Comedy Festival, Bridgetown Comedy Festival and Sketch Fest in San Francisco. His stand up comedy has been described as “You get the sense this is sincerity, not shtick. And so it's not surprising Jordan is so popular with his peers in the scene—other comics, club staff and promoters. His buoyancy can be hard to crack.” Besides sharing that positive attitude buoyancy, Sean has recently been practicing how to swaddle his new daughter. Ask him for swaddle tips anytime.