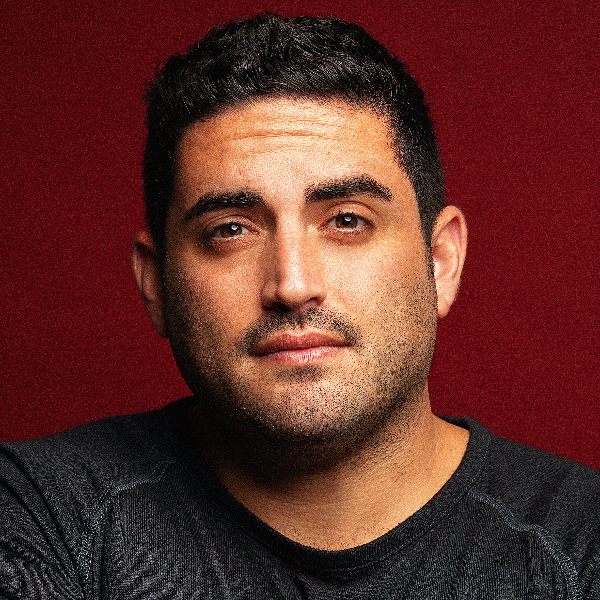 Jared has established a huge fanbase through podcasting: He dishes out advice and laughs as the host of his own show, "The JTrain Podcast," and as the co-host of the wildly popular "U Up?" dating podcast. He's also an accomplished New York based stand-up who is taking his show on the road. He sold out a one-night-only appearance in the summer of 2019 and a whole weekend in 2021. Now he's back for 2022!

Jared Freid, host of "The JTrain Podcast" and co-host of Betches' "U Up?," is a comedian based out of New York City. He is originally from the Boston suburb of Needham, Mass. His comedy is current and reflects the ordinary daily thoughts of everyone you know, especially if everyone you know is a millennial, obsessed with dating apps, trying to be a real adult and worried about their body. (For the record, Jared's mom thinks his body is "just fine.")

He's a regular at the Comedy Cellar, Caroline's on Broadway, Gotham, Stand Up New York and Comix at Mohegan Sun. He also had the honor of performing for the 2017 "New Faces" showcase at the 35th annual Just For Laughs festival in Montreal. His television presence has been amping up. He's currently starring in the Snapchat series "How Low Will You Go?" He's recently been featured on MTV2's new series "Vidiots" as well as TruTV's "NFL Full Contact," MTV's "Failosophy," NBC's "The Today Show," NFL Network's "Top Ten," and AXS TV's "Gotham Comedy Live."

His weekly "The JTrain Podcast" is booming and now touring live around the country. It's already at over 450,000 listeners per month and regularly in the iTunes top 100. Guests have included: Michael Che, Pete Davidson, Colin Quinn, Sal Vulcano, Bert Kreischer, Dave Attell, Michelle Wolf and more. The show has a cult following of loyal fans. It's been called "A Dear Abby for Dudes" which is why both men and women tune in religiously. Additionally, he co-hosts a modern dating podcast called "U Up?" with Jordana Abraham of Betches where they discuss their take on modern dating with issues ranging from apps to hookups to relationships.

Jared's fans also seek out his voice in the online publishing world. He's written for TotalFratMove, BroBible, Betches, and HeTexted. His columns delve into everything from sports to "The Bachelor" to the pitfalls of dating in the information age. His writing has both sides of the aisle nodding their head while thinking, "I've been on the toilet way too long."