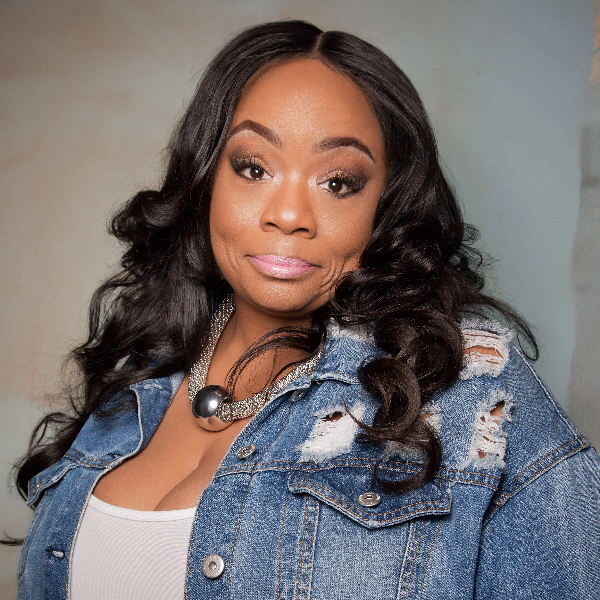 From the mean streets of Atlanta to comedy stages around the world ... Ms. Pat has amazing stories to tell and a gift for making those stories hilarious. She was dealing drugs and had two children before she was 16. She spent her 20s raising six kids (including four of her sister’s) and scraping to get by. But those experiences became the foundation for her honest and fantastic stand-up -- and now, also her hit show on BET Plus! Since taking to the stage in 2003, she has never slowed down.

Declared by The Washington Post as “unforgiving and darkly hilarious,” and The New York Times as “brutally honest and outrageous,” Patricia Williams (aka Ms. Pat) is a comedian, author, podcaster, and actress who brings a raw, in your face, and hilarious perspective to her work. With a hit multi-cam series based on her life, her first Netflix hour special set to premiere, and sold-out standup shows nationwide, amongst other projects, Ms. Pat is headed for comedy superstardom.

On August 12, 2021, Pat’s multi-cam sitcom The Ms. Pat Show premiered on BET+. The series was picked up for a second season within weeks, with Decider lauding “The Ms. Pat Show is bound to be one of the year’s notable new comedies” and Essence Magazine gushing “Ms. Pat is headed for the comedy stratosphere.” Hollywood legends Brian Grazer and Ron Howard’s Imagine Entertainment are producing the series along with powerhouse producer Lee Daniels. Based on her own life, the show tells the story of a former convicted felon turned suburban mom (Ms. Pat), whose hustle and resilient spirit was forged on the streets of Atlanta. To much reserve, she and her family now find themselves in conservative middle America. Iconic TV producer Norman Lear loved the pilot episode so much that he reached out to Pat personally to meet with her.

In September 2021, Pat returned to her hometown of Atlanta to tape her first hour standup special, which will premiere on Netflix in 2022. In 2017, she published her memoir Rabbit with Harper Collins. The book chronicled her incredible and moving story: by the age of 15, and known by her street name “Rabbit,” Pat was a single mother of two selling crack in the inner city of Atlanta. At 19, with two toddlers and a new husband, she was handed 4 more young children from her sister who was struggling with drug addiction. With her husband’s help and encouragement, she finally decided to get on the straight and narrow, and on the encouragement of her case-worker, she went to her first open-mic. From the moment she stepped on stage she knew she had found her place. Rabbit was nominated for an NAACP Award for Outstanding Literary Work and Rotten Tomatoes included it on their list of “Books Becoming TV Series We Cannot Wait to See.” Publishers Weekly raved “Williams displays self-deprecating humor in her book’s dramatic moments, and she bares her soul throughout this inspiring, page-turning narrative” while USA Today gushed “Somehow she's managed to pull hilarity out of heartache. And when you are done laughing, you rejoice, her final words ringing in your ears.”

In addition to her other projects, Ms. Pat has long been a favorite with standup critics and fans. In 2019 she was hailed by Variety as a “Top 10 Comic to Watch.” She has appeared on Netflix’s The Degenerates and Larry Charles’ Dangerous World of Comedy, Comedy Central’s This Is Not Happening, NBC’s Last Comic Standing, and Nickelodeon’s Mom’s Night Out.

Pat is a regular on iHeart Radio’s wildly popular national morning show The Breakfast Club, and she has become a podcast celebrity with multiple appearances on WTF with Marc Maron, The Joe Rogan Experience, and The Bertcast with Bert Kreischer. She now hosts her own popular podcast The Patdown.