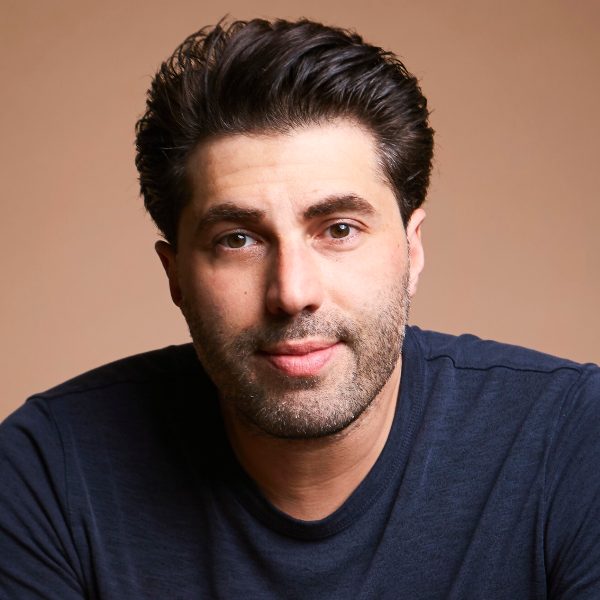 Adam covers all the comedy bases. He’s been in big-time movies (The Heat, Ghostbusters). He’s had a ton of great TV credits (like playing Vince McMahon in "Young Rock"). His sketch videos have gotten millions of views online. He hosts a hit podcast with great celebrity guests (About Last Night). And as a stand-up, Adam has been a favorite in the L.A. clubs for years, with a freewheeling mix of material and crowd work. Now he’s back in our main showroom!

Adam Ray has been seen on HBO’s "Curb Your Enthusiasm," the Netflix flim "Game Over Man" and the recent season of "Arrested Development." He also appeared on HBO’s "Ballers," season two of "American Vandal" for Netflix, on the big screen in the Jennifer Lopez comedy "Second Act." Adam was also a cast member in the reboot of the sketch comedy franchise MADtv for the CW and played Joey McIntyre's manager on the Pop Network show "Return of the Mac."

Adam is known from his work opposite Sandra Bullock and Melissa McCarthy in Paul Feig's buddy cop comedy "The Heat." Adam was also featured in Paul Feig’s "Spy" and the reboot of "Ghostbusters," in which he voiced the iconic character of Slimer and played a supporting role as well. Adam co-hosted the comedy game show "Separation Anxiety" on TBS with comedian Iliza Shlesinger and has guest-starred on "2 Broke Girls," "Workaholics," "Silicon Valley" and "@midnight." He has written for MTV's "Punk'D," "Adam Devine's House Party" and the reboot of "Mystery Science Theater."

Adam tours the country with his standup, headlining the top comedy clubs. He has been featured on "The Late Late Show with Craig Ferguson" and "Adam Devine's House Party." On the voiceover front, Adam was the voice of "Conan," was featued in cartoons like "Trolls," "Rick & Morty" and "Supermansion," and he voiced the talking horse Swift Wind in the Dreamworks show "She-Ra" streaming on Netflix.