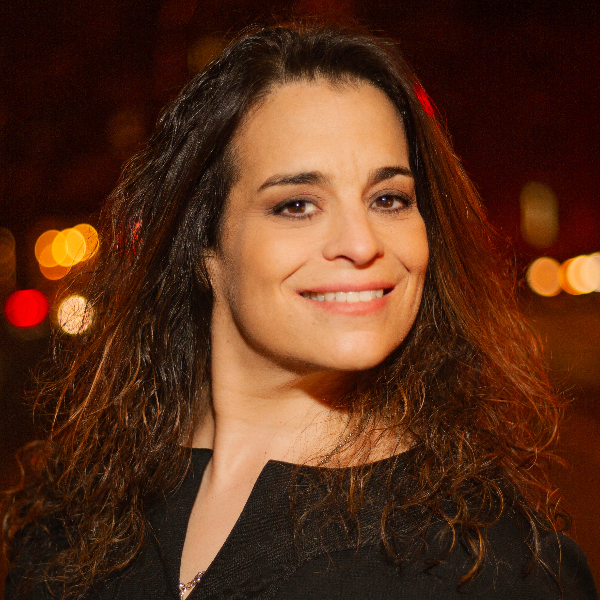 with Eddie Morrison and Brittany Carney

Effective July 31, the city is requiring people to wear masks indoors unless actively eating or drinking. The Improv's COVID rules can be found here.

Jessica has an energy that draws audiences in -- her razor-sharp writing and great characters make for a show that’s impossible not to enjoy. She has been a favorite of the New York comedy scene for years, and she keeps reaching new audiences: Her one-hour Comedy Central special was released in late 2019, and she was a driving force behind the FX documentary "Hysterical." She's back to headline with us a fourth time.

Jessica Kirson is a powerhouse on stage. Jessica’s act is a hilariously relatable performance of sheer silliness, vulnerability and ridiculous characters. Her countless comedic character videos have racked up over 30 million views on social media. Her audience is multigenerational creating an excuse for large groups of friends and families to spend a night out together.

In an era where only 10% of all touring comedians are female, Jessica stands out as one of the strongest comedians regardless of gender. As her friend Dave Attell says, “I’d hate to follow her.”

This year, Jessica will be featured playing herself on the HBO series Crashing with Pete Holmes. She recently served as a consultant, producer and writer as well as acted in the Robert De Niro’s film “The Comedian.” She has appeared on “The Tonight Show with Jimmy Fallon”, “The View, and “Kevin Can Wait.” She has also been featured on the Comedy Central series “This Week at the Comedy Cellar.”

She was recently awarded “Best Female Comic” by the MAC association in New York City and received the prestigious Nightlife Award for “Best Stand-up Comedian.” And in her spare time, Jessica is a regular contributor to the “Howard Stern Show, where she produces and stars in prank calls for the program.

Eddie Morrison is a D.C. native who has performed standup comedy all over the metro area. His appearances include the DC Improv, State Theatre, and Magooby’s Jokehouse, where he was named runner-up at the 2015 New Comedian of the Year Competition.

Brittany Carney began doing stand-up comedy in Washington, DC. In the past year Brittany has featured for Wyatt Cenac, Moshe Kasher, Guy Branum, and Judah Friedlander. She performed on the five-year anniversary production of Night Train, as well as on Butterboy Comedy (March 2018), also at Littlefield.