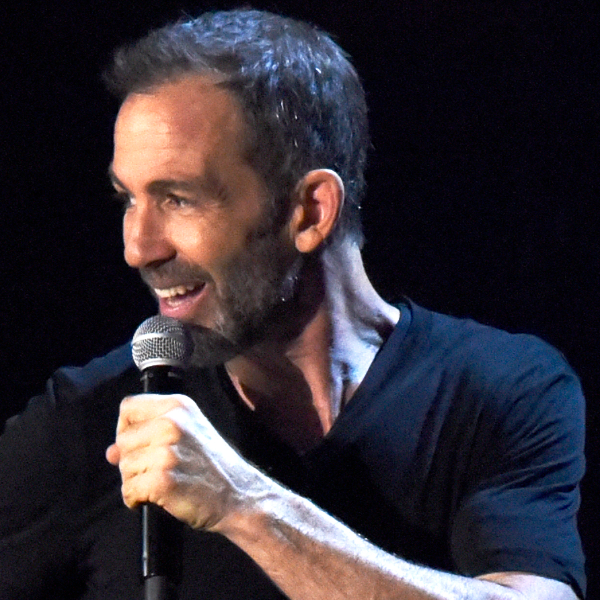 Bryan has been all over the small screen, with a stand-out role as the coach in "The Goldbergs" and "Schooled." He's on top of the podcasting charts, as one half of the smash hit "The Fighter and the Kid," alongside Brendan Schaub. Every time he's on the big screen he turns in a memorable performance. And don't forget stand-up -- as a headliner, he sold out his last visit to the Improv in 2018. He's back for more this summer.

Bryan Callen is an American actor, comedian, and podcaster. He is most known for his recurring role as “Coach Mellor” on ABC’s SCHOOLED and THE GOLDBERGS; which he has played since 2014. Callen has also appeared in such TV and films as Kingdom, 2 Broke Girls, Ride Along, Hangover 1 & 2, Sex and the City, Old School, MADTv, Entourage, Californication, and many more.

A veteran Headliner, Callen performs in theaters and comedy venues across the world, but most often can be seen at The Comedy Store in Los Angeles. His third one-hour comedy special, “Complicated Apes”, debuted in Spring 2019 and stayed on top of the comedy charts all summer.

Additionally, Callen is co-host of the top-rated iTunes podcast. The Fighter & The Kid alongside Brendan Schaub. Bryan is also a regular on The Joe Rogan Experience and Fight Companion podcasts.

Visit BryanCallen.com for more information and all of the latest updates.